Top Ideabooks
The Importance of Colour During Your Child's Early YearsBest of the Week: 29 Sensational Joinery IdeasAn Expert Reveals What You Need to Know About Custom CabinetryBoost Your Creativity With a Decluttered Desk
Appears in
Latest from Houzz
See also
BedroomsDining RoomsLiving RoomsKids RoomsHallways & EntriesHome OfficesGranny Flats & StudiosWardrobesNurseriesAtticsGarages
Garages
Garages

Top Ideabooks
What the 10 Most-Saved Garage Photos Tell Us7-Day Plan: How to Get a Spotless, Beautifully Organised GarageGarage Daze: Declutter to Downsize10 Tips to Get Your Garage Set to Rights
Appears in
More Rooms

How a Garage Was Transformed Into a Dream Office Space

A crisp white background, garden views and an eclectic mix of old and new have transformed this detached garage into a chic writer's studio

Becky HarrisJune 1, 2015
Houzz Contributor. Hi there! I live in a 1940s cottage in Atlanta that I'll describe as "collected." I got into design via Landscape Architecture, which I studied at the University of Virginia.
More
Print
Embed
Facebook
Twitter
Email
It’s hard to believe that not long ago only the spiders used this detached one-car garage in Vancouver. Even though it was unfinished and full of cobwebs, the homeowner and her interior designer, Andrea McLean, saw the potential it had as a studio space. It was located just across the garden from the house, and they knew it would be free from household distractions when the owner wanted some quiet writing time. Having a good sense of her client’s tastes and knowing her Arts and Crafts house well, McLean created a fresh, functional space, complete with big garden views.
Andrea McLean Design Office
Photos by Luis Valdizon

The garage was about the same age as the Arts and Crafts house and had similar characteristics. The contractor gave the garage a big upgrade, replacing rotten and water-damaged framing, adding insulation, creating the proper exterior with vapour barriers and installing drywall. The new tile floors have a radiant-heat system.
Andrea McLean Design Office
“Her home’s architecture is traditional, but she likes an eclectic mix,” McLean says. “We wanted to embrace old details but also make it fresh.” The most traditional details in the studio are the mullions on the windows. Back when her writer’s studio was just a dream, the homeowner had collected some key pieces that wound up making it very special.

“Originally she wanted accordion doors that would open completely to the garden, but it just wasn’t in the budget,” McLean says. However, her client had something even better stashed away – back when the neighbours across the street had replaced all of their windows, she had salvaged their old windows from the dumpster and saved them. The contractor was able to configure the new door and those old windows into a glass wall that offers great views of the garden. All the white in the studio provides a backdrop that makes the garden seem even more vivid.
Andrea McLean Design Office
While the exterior architecture and windows brought the traditional, the white keeps things light, bright and contemporary. The Eames chairs add some midcentury modern style, and the floor is a geometric stunner that is both on trend and timeless.

McLean had always admired the beautiful patterned encaustic tile floors she’d seen in old buildings in Spain and Cuba. Having worked with her client for a few years on her home, she knew her style well, knew that she was a fan of Picasso and Gaudí, and knew that she loved to travel. This gave her the idea to present the design inspiration as a little writer’s studio in Barcelona. Just as she expected, her client loved it.

Frame collection tiles: Refin
Andrea McLean Design Office
While the floors were a splurge, McLean saved by finding the sawhorse desk and the shelves and cabinets at Ikea. The way the shelves line up against the wall as one big unit gives them a custom built-in look.

The homeowner has loads of literature and psychology books out here – which, McLean assures, usually have their spines proudly displayed. They were turned around by the photo stylist to put the focus on the room’s design instead of the titles.
Andrea McLean Design Office
A vintage steamer trunk the homeowner already owned holds costumes and toys for the children she teaches.
Andrea McLean Design Office
A classic Eames chair is a comfortable spot for reading. It also adds to the feeling that the little studio evolved over time, as if another writer might have used it in the 1950s.
Andrea McLean Design Office
While the homeowner has always enjoyed her garden, she had never made much of this space just off the new studio. Inspired by the studio renovation, she found some recycled bricks on Craigslist and mixed them in with concrete pavers to create an eclectic patio. The lounge chairs are another great spot for reading, having a snack and enjoying the view. She hung some more of her salvaged windows around the garden, further tying her little writer’s studio to the rest of the property.


TELL US
What do you love about this garage dream space? Let us know in the Comments section.

Best of the Week: Man Caves From Around the World
By Georgia Madden·19
Decorating By Style

No Room for a Dining Table? Think Again
By Joanna Tovia·1
Dining Rooms

Work From Home? Here's How to Maintain a Work-Life Balance
By Janet Dunn·4
Home Offices 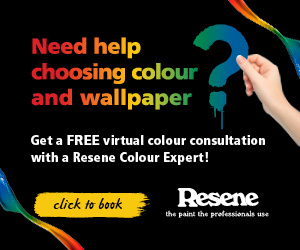 The Importance of Colour During Your Child's Early YearsFull Story

Boost Your Creativity With a Decluttered DeskFull Story

Best of the Week: Man Caves From Around the WorldFull Story

Why Your Home Needs a Pair of Vintage ArmchairsFull Story

10 Laundries With a Hint of LuxeFull Story

No Room for a Dining Table? Think AgainFull Story

Why Every Home Needs a Fab and Functional EntryFull Story

Ignite Your Kids' Spirit of Adventure With an Outdoorsy BedroomFull Story